Sources from inside Cuba claim that Venezuela's President Hugo Chavez Frias is either in an irreversible coma, or recently deceased, but already the media management machine that has been so artfully employed by Venezuela in the past, is actively portraying the country's future leaders as friends of the United States. Details of a conversation between a veteran US diplomat, and a senior Venezuelan leader have been bandied about in articles that suggest some sort of rapprochement  between the two nations is imminent, but if you are involved in assessing Country Risk at your bank, it is humbly suggested that you look at the facts before reducing risk levels.

These issues are just not going away, no matter how much diplomats smile at one another on camera:

(1) The close relationship between Venezuela and Iran, which includes assisting Iran obtain goods in violation of multiple international sanctions; shipping Uranium ore and gold to Iran; and allowing the construction of Iranian missile facilities inside Venezuela that are barred to Venezuelan nationals. More than seven hundred Panamanian companies, controlled by Venezuelans, that illegally feed the Iranian economy.

(2) Cooperating with the FARC, the ELN, ETA, Al-Qaeda, Hezbollah, Hamas, and other radical Palestinian groups, allowing them to train in Venezuela, and facilitating their narcotics trafficking ventures used for terrorist financing. After the 2006 conflict between Hezbollah and Israel, it was Venezuela which flew many millions of dollars into Lebanon, to be distributed to Shiites whose property was destroyed in the fighting. Iran got the credit, but Venezuela supplied the cash.

(3) Having a long-term relationship with the Government of North Korea (DPRK), who maintains a small uniformed military contingent as advisers, and who is believed to assist in the acquisition of ballistic missiles for the Chavez regime.

(4) Allowing Venezuelan colonels and general officers to freely traffic in narcotics, and to ship it north, through Central America, to its ultimate destination, the United States, and east, to European consumers. 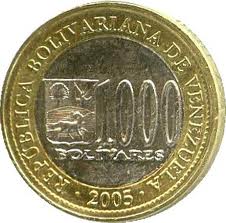 (5) To turn the financial institutions of the Republic of Panama into its personal piggy bank, wherein the proceeds of bribes, kickbacks, and fraudulent charges attached to government contracts, are laundered and held.

This is just a short list; I could go on all day. All financial transactions with Venezuela carry increased risks. Is the Venezuelan company doing business with your client a front for a narcotics cartel, shipping goods into Iran that you thought was going to Caracas consumers, or worse, a terrorist financier ? 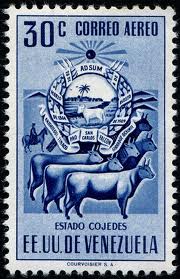 Please be advised that risk levels for Venezuela are not to be reduced when well-compensated journalists attempt to show you Venezuela through rose-coloured glasses. It is still a dangerous place.