THE COST OF MINOR INVOLVEMENT CAN BE HAZARDOUS TO YOUR HEALTH

I was struck this week by the story of the consultant at a major hedge fund who had what was described as "low-level" involvement in insider trading.  He did not himself trade on the information, but passed it along to others, which is not only improper, it is illegal. Nevertheless, when law enforcement agents interviewed him, he was in a difficult situation.

They made him the classic "offer which he could not refuse," if he wanted to keep his liberty, and avoid, at least at that point, being charged with a felony. They "asked" him to wear a concealed wire recording device, and assist law enforcement in obtaining incriminating statements from others at his firm. 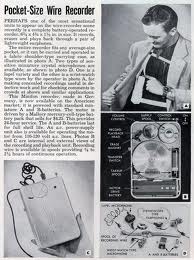 Is that inherently dangerous ? It certainly can be. If the agents who are listening in are outside in their  automobile, and you are alone in an office with the target, he could become suspicious, and injure you, or worse. He could find the wire you are wearing. It does happen, and the agents are unable to get to you in time. Can you handle this type of situation ?

if you have read my book, you know that I wore a wire when working undercover, and posing as a money launderer. It is not an activity for the faint of heart.

You also have to live with the ongoing, and possibly long-term, stress of being discovered by the targets. Going undercover was not what you wanted, but your circumstances left you little choice. After you testify, in open court, against the targets, you most likely will not walk away without some adverse consequences. They will want to adjudicate you guilty of some minor offence, but still a felony, and you will generally end up on probation, or with a short sentence.  Either way, you will still feel the long arm of justice reach out and touch you. 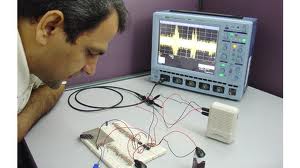 Afterward, you may lose a number of your friends and acquaintances due to your cooperation. Your reputation in the community may take a hit. All in all, you will pay a price for your minor transgressions.

Want to avoid all that ?

(1) If you are in a corporate, banking or securities environment where they are asking you to bend, or break, the rules, run, do not walk, to the nearest exit; quit immediately.

(2) If you witnessed criminal conduct, and do not want to get drawn into a conspiracy, in which you played no role, but might have exposure, you should consult a criminal defence attorney at once; you may be able to get immunity, but you must approach them (if, in your lawyer's considered opinion, after hearing all the facts, it is appropriate) first.

(3) Did you commit some small act, which might be construed as a crime, in an work environment where there is a corporate culture that does not follow the rules, or the law ? See your attorney. 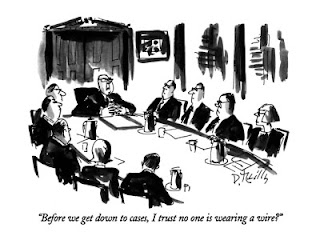 A final note: this can get very ugly. The owner of a major Florida investment firm, who was running a Ponzi scheme, was more or less forced to wear a wire to a meeting with organised crime figures, who were later indicted. Do you really want to have to look over your shoulder for the rest of your life ? I doubt it. Obey the law, and get out before the hammer falls, please, if there are issues at work. You do not want to be in the office when law enforcement agents arrive to close it down, and arrest you.