I have noticed that a large number of readers reviewing the articles on the prominent El Paso attorney, Marco Antonio Delgado, have noted that both a Federal Magistrate and a Federal Judge have refused to allow him to be released on bond. Delgado is charged with money laundering* for a Mexican drug cartel, and some are puzzled as to why he cannot bond out prior to trial. A lawyer who cannot get bond in his own case ?

I agree that, under most circumstances attorneys, as themselves officers of the court, should be granted bond. After all, they are duly licensed, and that license is subject to revocation, should they engage in unlawful flight to avoid prosecution. I was quickly granted a nominal bond in my own money laundering case, and I was charged with RICO.

In this case, however, the US Attorney pointed out that Delgado:

In short, the Court found that there was no combination of precautions that could be taken that would ensure his appearance at all hearings. The fact that he told a Confidential Informant that he would flee to the Turks & Caicos Islands, if necessary, probably convinced the Court that Pretrial Detention was mandated in this case; Risk of flight was just too high. 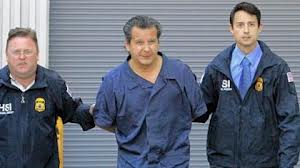