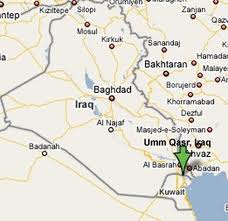 The recent arrival, at the Iraqi port of Um Qasr, of an Iranian-flagged vessel, carrying 52,499 tons of wheat, is just another example of how Iraq blatantly disregards UN sanctions on Iran. A local press release, from the Iraqi Ministry of Transport, advised that the foods was destined "for the interests of the Ministry of Trade." Does that mean it is going over the frontier to Iran, or is the shipment an illicit Iranian  sale to Iraq? Either way, it violates sanctions.

Ever since the United States withdrew the last of its military forces from Iraq, at the end of 2011, there have been no effective controls on illegal Iraqi-Iranian trade. The international banking community, which faces the ever-present threat of major US sanctions, must regrettably red-line transactions with Iraq, lest it gets caught up in potentially costly fines & penalties, for violations. Perhaps if the Iraqi sees that its new love affair with Iran impedes economic growth, the affair may cool. It is humbly suggested that, for prudent risk management purposes, you avoid any trade financing involving shipments to Iraq, of any type of goods, as much as possible, to minimise your risk. 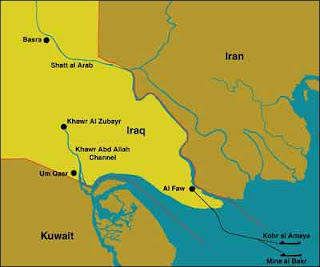