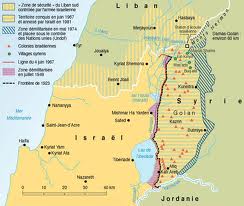 A report made public by an agency of the United States Government this week verified that Iran is maintaining two monitoring stations on Syrian territory, the object which is to conduct electronic surveillance of Israel. The installations, one in the portion of the Golan heights under Syrian control, and the other in the Bekaa Valley, near the Lebanese frontier, collect intelligence through electronic instruments and devices installed at the sites.

The reported recipient of this intelligence is Iran's proxy in Lebanon, Hezbollah. Whether Israel deems this a direct threat is not known, nor was it disclosed by the United States, but given Israel's history of taking offensive action against targets that it regards as a clear and present danger, there is a definite risk that it will attack those sites. Such a raid could be regarded as an act of war by Iran.

If Israel takes action against the Iranian installations, Country Risk for the entire region will increase.
Posted by Kenneth Rijock at Tuesday, January 15, 2013