I have reviewed the Brief of Appellant just filed by the attorney for Viktor Bout, and hasten to detail the points that he has presented. For the sake of the many laymen reading this, I have sought to eliminate the legalese, in favour of a short and plain statement of the issues:

(1) The US Government's conduct, beginning with the "vindictive" targeting of his client, through the investigation and sting operation, and culminating with the extradition, was outrageous, and denied Mr. Bout Due Process. He also appears to be saying that there was Entrapment, a luring of his client into a criminal conspiracy. That may present a problem, due to Bout's prior history as an arms smuggler. Also, outrageous governmental misconduct is often alleged, rarely accepted, by a court, and rarely results in a reversal of a jury verdict.

(2) The US Government accomplished his Extradition from Thailand through exerting intensive and coercive political pressure upon the Thai Government. Most of the existing case law that I have read basically states that the Court will generally no question how a defendant is brought before it; barring extreme misconduct, it assumes jurisdiction over his person.

(3) His extradition violated the Doctrine of Specialty, which forbids a defendant being tried for anything other than that which he were extradited. In this case, Mr. Dayan argues that the US misled the Thai court into thinking that Bout had actually conspired with the FARC, when, in truth and in fact, he had conspired with a Confidential Informant, and undercover Federal law enforcement agents. I have the same reservations with this issue as I did with number 2, above. 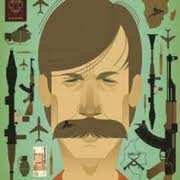 (5) The two counts upon which he was tried and convicted were fatally flawed, and failed to state those offences. Again, a procedural defect is claimed.

(6) The Court did not have jurisdiction to try Bout on those charges in the United States. A complex issue which I look forward to hearing from the Government on, as Dayan's argument is persuasive. 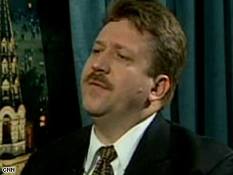 Readers who require the complete text, and who have a subscription to the PACER database, can access it there. Here is the case number*.

Could any of these issues, if accepted by the Second Circuit Court of Appeals, result in a reversal of Bout's conviction ? That is certainly a possibility, and we anxiously anticipate the brief of the United States Attorney. As soon as it is filed, we shall discuss it, and the case law presented, in a future article on this blog; stay tuned. 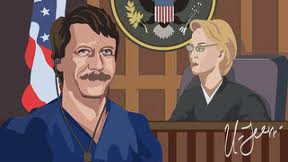