NEW SWISS PRESIDENT IS PART OF THE PROBLEM, NOT THE SOLUTION 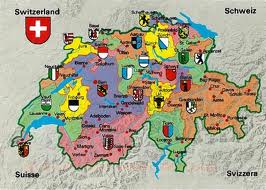 The new President of the Swiss Confederation took office on 1 January, 2013; he is Ulrich Ueli Maurer, a member of the Swiss Federal Council, and formerly the Swiss equivalent of Defence Minister. The United States and the European Union are going to have a problem with his position on transparency issues, if his prior public statements are any indication.

Maurer is an outspoken proponent of Swiss bank secrecy, and appears to even want to strengthen it. When responding to German pressures, he was quoted to the effect that he was "ready to drop his Mercedes." He obviously is out of step with the times; this is 2013, not 1953, and transparency is the order of the day. The EU is fully aware that a year has passed since the Swiss Finance Minister announced a "Clean Money Policy," whereby the banks would require their customers to certify that they had paid taxes in their home countries. I never saw anything further on this programme, and there is no sign that it will ever be implemented.

Now we have a new Swiss President who wants to turn back the hands of time. The United States will not sit around whilst his term runs out, I assure you. There will be other cases after Wegelin in 2013, and it will get ugly. Someone with courage needs to suggest to President Maurer that reform is the shape of things to come; it will certainly not come from the status quo bureaucrats at FINMA, but somebody in Switzerland needs to speak up, lest "capital flight" become a serious problem. The country's financial institutions have much more to offer than bank secrecy for tax cheats, and they require a president who recognises that fact.