AN ILL WIND BLOWS FROM SPAIN TOWARDS GIBRALTAR 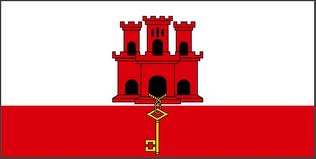 The latest salvo from Spain, a promise to renege from the 2006 agreement regarding aviation matters, is more than likely the shape of things to come. I also note that even in the little things is the Government of Spain tightening the screws: reducing the number of packs of cigarettes that Spanish nationals can bring in from Gibraltar, from ten to four.

Is it an accident that the diplomatic tension comes on the anniversary of the Falklands campaign ? The Spanish Government has played the exact same "colonialism" card delivered last month by the Argentine President, in an open letter. The problem is, Self-Determination trumps any such colourable territorial claims, according to United Nations principles.


Alternatively, with unemployment in Spain at record levels, particularly amongst the young, stirring the pot of nationalism might just distract the population from domestic troubles. trouble is, Spain legally relinquished its claim to Gibraltar, in a negotiated settlement wherein Britain gave up other claims, Have the Spanish forgotten that ?

This entire flap might just be a footnote in history, except that Gibraltar is now a key financial centre, and any threats, serious or not, to its status, affects the level of Country Risk. Whilst we hope that the diplomatic tensions subside in 2013, we engage in watchful waiting to see what will happen.

Remember, readers, that the recent release of documents involving the Falklands campaign showed that PM Thatcher was genuinely concerned about Spanish intentions towards Gibraltar, whilst the UK was preoccupied with retaking the Falkland Islands. The Spanish, who themselves still hold onto a piece of North African territory that in reality belongs to Morocco, still threaten. Gibraltar is not a leasehold, like Hong Kong, gentlemen. It is a British Overseas Territory, and its population wishes it to remain so.