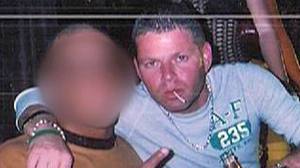 Are the long sentences meted out to major Ponzi schemers in the United States confirmed by the Federal appellate courts ? After recently discussing* a  20-year sentence, handed down to Miami Ponzi schemer Nevin Schapiro by a New Jersey District Judge, I have taken a look at the subsequent history of that case.

Shapiro's counsel appealed, claiming that the the sentence was "substantively unreasonable." The Third Circuit Court of Appeals, speaking through Judge Rendell, surveyed the damage the defendant had caused:

"Shapiro executed a Ponzi-type scheme between 2005 and 2009, in which he raised over $93m from investors throughout the United States. As a result, over 60 investors lost more than $83m in investments. Shapiro, a compulsive gambler, spent lavishly during this time and racked up more than $9m in gambling debts. To fund life as a high-roller, Shapiro stole more than $35m from the investments he solicited.**"
The defendant , though charged with six counts, pled guilty to one count of money laundering, and one count of securities fraud. Though his Offence Level, and Guidelines range, was computed at 168 to 210 months' imprisonment. the Court explained that there were aggravating factors, due to:

(1) Shapiro's leadership role in the scheme.
(2) The duration of the scheme.
(3) The magnitude of the loss.
(4) The number of the victims.
(5) "Shapiro's continued willingness to blame others and soil their reputations."

The Court then upgraded his Offence Level, and the corresponding guidelines range became 210 to 262 months. It pronounced an above-the-guidelines sentence of 240 months, and ordered Restitution of $82.6m. The Third Circuit, after concluding that the sentence was substantively reasonable, affirmed the ruling of the trial court.