The unilateral cease-fire declared by the Revolutionary Armed Forces of Colombia, the FARC, expires tomorrow, 20 January, and FARC leaders have declared that military actions will commence at that time. The FARC, and negotiators from the Government of Colombia, are engaged in the second round of peace talks, in Havana.

Though no formal press releases have appeared, rumours abound that the two parties are far apart on any meaningful agreement. The President of Colombia has stated that talks will terminate at the end of 2013, if progress has not been made. There are fears that the FARC, as a negotiating tool, will return its usual kidnappings, destruction of energy facilities, and ambushes of Colombian Army troops in the field.

The million dollar question, from the financial community, is the disposition of the FARCs multi-million dollar a year narcotics trafficking empire,  its overseas bank accounts, and its covert global investments. Whether the Communist FARC leadership will personally seize FARC bank accounts in offshore financial centres, or meekly surrender them to Colombian officials, is a major issue for yours truly, for recent a Colombian report claims five million were either killed, injured or missing, due to FARC attacks on Colombia's civilians and military. FARC drug profits could be used for victim compensation. 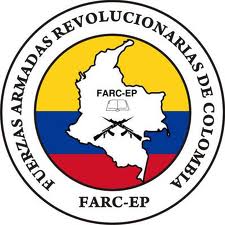 In the unlikely event that a peace treaty is announced, you should immediately alert your staff to be looking for any large funds transfers, from accounts that have been quite inactive in recent years, for it is certain that some of the more capitalist members of the FARC may decide to take the money and run.
(1) Distrust any Power of Attorney presented to drain an account, reputedly signed by the officer who is a signatory, and insist on only the authorised signatory, irrespective of any evidence laid before you by an attorney-in-fact.
(2) Other red flags are: the urgency of the request, any attempts to bribe you, and the use of less-than-elegant Colombian slang by the bearer of the documents, who may be accompanied by a local attorney, but whose bearing leave no doubt as to who is in charge.

Can you stop fleeing FARC drug profits from leaving the accounts as your bank, where they have quietly remained unnoticed ? I hope so. 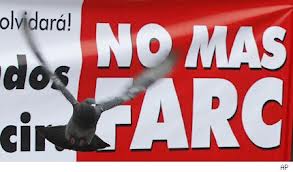