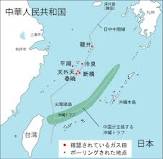 China may be dead wrong in its adventures in the South China Sea, and I have been drawing your attention to it for several months, for it only serves to raise Country Risk on its neighbors. On the other hand, its moves in the East China Sea are historically correct regarding adjacent islands that are obviously Chinese territory, but "administered" by Japan, with US approval.

Doesn't anyone remember that Japan gave up all its foreign territorial claims after the Second World War ? The Senkaku Islands are not part of the Home Islands of Japan, or its island dependencies. They are actually islands that Japan conveniently received from US occupiers after America vacated them, at the height of the Cold War, when it was politically impossible to cede any territory to Communist China. China should have received the islands back, as Japan does not even have a colourable claim. 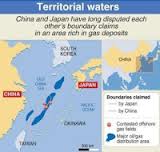 Now that both China and Japan have sent fighter aircraft over the islands recently, tensions are elevated. A new right-wing government in Japan is pushing nationalism, just as China is. Unless someone dials down the rhetoric, Country Risk on both countries will increase to alarming levels. 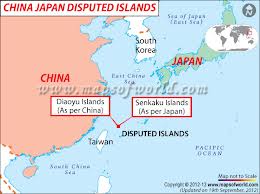