WEGELIN PARTNERS SEARCH FOR A BANK IN PANAMA 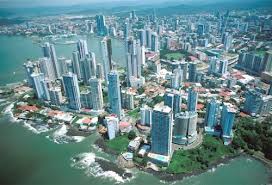 There are persistent reports from Panama, to the effect that a number of former partners of the disgraced, and soon-to-fold, private Swiss bank, Wegelin & Co., have been seriously looking to purchase a financial institution in the Republic of Panama.  Included on this list of buyers: the three bankers from the Wegelin case, who will hereinafter be referred to by yours truly as the Usual Suspects.

They have been reportedly celebrating their big win over the United States, meaning the fact that they were able to sell off the bank's assets in the face of the approaching storm. Apparently, in the opinion of other Swiss bankers,  it was a win.

Whether they would be offered asylum by the Martinelli government is unknown, but it has been suggested, by local lawyers who are privy to the story, that they would not be extradited to the United States, where all three face Federal charges* involving assisting Americans hide their wealth from the Internal Revenue Service.

A number of individuals representing Swiss interests have been considering Panama lately, in the wake of the massive US push to identify US tax cheats banking in Switzerland, but the presence of Wegelin partners in Panama City, with their baggage is disturbing. Could the United States seek to seize the interests of the three fugitives, once invested ? We cannot say, but I trust that Panama's regulators and law enforcement agencies will find them unsuitable forthwith. Under existing Panamanian law, they would be not allowed to own shares in a corporate entity that owned a bank.

I hope that Panama shows the Usual Suspects the door. Perhaps she can have them declared persona non grata, and put them on a plane bound for Miami.