BE ALERT FOR UNDERGROUND BRANCHES OF INTERNATIONAL BANKS 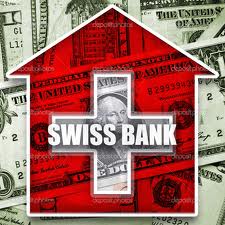 I see that a Swiss private bank is having problems this week with a "colourful" customer of questionable background. That brings to mind the fact that this bank has been operating what I can only describe an a "underground" branch, meaning a covert facility, in a country where it has neither properly registered, nor pays taxes. An underground branch very quietly accepts deposits, and finds a way to spirit them into one of the bank's legitimate branches, or its headquarters, either through local banks, and also through some bulk cash smuggling. Its existence is a closely guarded secret.

The way that I personally verified its operation, after a number of senior Venezuelan military officers were seen repeatedly carrying briefcases into the company, an import-export firm, and taking nothing out, was to engage the services of a old friend. I supplied him with  the name of a prominent narcotics trafficker as a "reference", and he called up the company. The general manager at first was uncooperative, but once the caller dropped the name I had given to him, the gentleman's tone changed, and he offered to meet the caller at the bank's Geneva headquarters to discuss a relationship of mutual benefit. 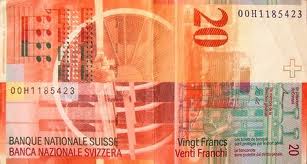 We had a big case here in Miami a few years back, where one of our local financial institutions was caught accepting cash at a covert Bogotá branch that was unknown to either regulators, or the public at large. Suspected narcotics profits were accepted there, and couriered to the United States for deposit.

Since, by their very nature, such operations are illegal, it is generally difficult to ascertain their location, but a few helpful hints might assist you in identifying one banking with you:

(1) Does the customer, who obviously runs a cash-intensive business, now have a greatly increased volume of deposits, inconsistent with its historical background of deposits ?

(2) Are there new staff members making the deposits ?

(3) When you visit the client at its principal place of business, are there a large number of new staff
members not known to you ?

(4) Does the client now wire funds to known offshore financial centres, when that was not the case in the past, and are these payments inconsistent with the client's core business ?

Of course, these guidelines also could apply to any business conducting money laundering operations, as I am sure you must know.
Posted by Kenneth Rijock at Friday, January 18, 2013