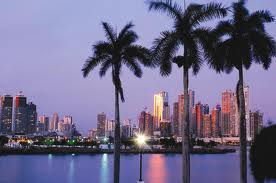 I am often asked why there are few money laundering prosecutions in the Republic of Panama. In truth and in fact, criminal investigations are periodically opened, examining suspected money laundering at Panama's banks, but those cases are generally closed, with a finding of no criminal conduct or regulatory violation, even when the evidence overwhelmingly indicates otherwise. Do you want to know why ?

The reason is the powerful influence of deeply-entrenched Syrian organised crime elements in Panama. A number of Syrian families who emigrated to Panama decades ago are now firmly in control of several financial institutions, and other businesses. Their family members can be found embedded in all the government ministries, including the regulatory and financial agencies, where they can frustrate investigations, and otherwise influence government operations, should they choose. Relationships amongst the various families, both business and personal, have resulted in the joinder of these groups, in a form of economic interdependence that has allowed some of them to profit from crime and corruption in Panama. This criminal element has become so powerful that they can, through a combination of influence, corruption and connections, manipulate the civil and criminal justice system, to achieve their organisation's financial ends.

These connections have allowed Syrian-controlled financial institutions in Panama to accept criminal profits, without fear that regulatory or law enforcement action will be taken against them by the government. Sometimes known as the Syrian Mafia, with affiliated families working together, they have been freely laundering criminal proceeds in Panama, through their local banks, and are reportedly in the process of purchasing a major Panama City bank that is up for sale.

These groups have no fear of local law enforcement, for obvious reasons; it is their banks that launder Hezbollah narco-profits, and move them to Beirut, it is their controlled banks that facilitate client transactions with Iran. There have actually been cases where they welcome an investigation, knowing that it will be resolved in their favour, and banks that were targets did then point to the dismissal of the investigation as evidence of a clean bank, when the opposite was indeed true.

If the United States is serious of assisting Panama to clean itself up, it needs to start with the Syrian-owned financial institutions involved in money laundering and other financial crimes. 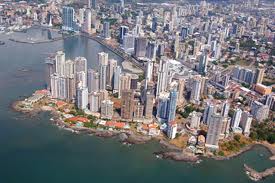 If you are a compliance officer at an international bank located in the Western Hemisphere,  it is humbly suggested that you learn:

(1) The names of all the Panamanian banks, that are directly or indirectly owned and controlled by Syrian organised crime groups; There are quite a few.
(2) The most common (and the most unusual) Syrian surnames. Can you tell if the Panamanian client, regulator or law enforcement official you deal with is of Syrian extraction, with the potential to have a hidden agenda of his own ? This is neither profiling nor racism, just effective enhanced due diligence. The given names are also often a clue as to Syrian background.
(3) The names of the big companies engaged in the construction trade in Panama that are owned or controlled by Syrian organised crime elements.

This is a global crime problem; North America, Europe and Asia are all locations for affiliated Syrian organised crime groups, many of whom deal with the Panama contingent. Perhaps the United States might want to step up to the plate, and put these money-laundering banks in Panama out of business, by denying their banks access to the American correspondent banking system, and charging the officers and directors with money laundering, and seeking their extradition. 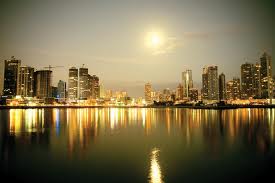