WHO WILL STOP HEZBOLLAH LATIN AMERICA ? 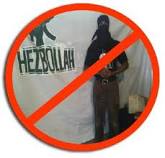 The rapid growth of Hezbollah's Latin America contingent is extremely disturbing. With agents known to be operating in Venezuela, Nicaragua, Ecuador, and Bolivia, with the support of leftist regimes in power in those countries, Hezbollah is free to pursue whatever illegal activities it chooses, to provide financial support to its leadership in Lebanon.

A candid statement, by an American general officer, at a conference open to the public, indicated that the United States detained four Hezbollah agents at America's frontier with Mexico, all carrying valid Venezuelan passports, but none of whom spoke Spanish. They were all attempting to enter the United States, for an unknown purpose. The fact that this information never appeared in the media shows that the depth of the threat to America is not being disclosed.

The use of the offshore financial centre in the Republic of Panama is the most troubling; neither the Panamanian Government, nor US law enforcement agencies based there, seem to have either the desire, nor the manpower in the field, to shut down the Panama-to-Beirut cash pipeline. That is the principal avenue through which Hezbollah narcotics trafficking profits flows the the Middle East, with the able assistance of its government partners in Venezuela, who allow the narco-dollars to ride along with their ow illicit profits, into Panama's banks. 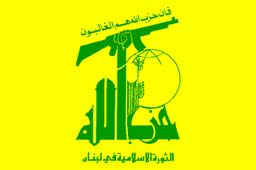 I fully understand that no country wants to get involved in a confrontation with the approximately one hundred Hezbollah cadre working in Latin America, all of whom are based in countries where foreign intervention, whether by military action, or using intelligence officers, would have huge consequences. The complaints against Colombia, when it conducted a cross-border raid against a FARC base-camp in Ecuador, are a painful reminder of the diplomatic row that ensued.

Something does need to be done, however. It is suggested that one must follow the money; choke off the financial pipeline through Panama, arrest the Hezbollah money launderers, and their Venezuelan allies, and deny the local branches of this designated global terrorist organisation the ability to fund their Lebanese base, before they expand into the Continental United States, and Canada.