Compliance officers hearing about the so-called "Guantanamo List" should not increase risk levels on any of the sixty Americans who reportedly appear on that list. It was prepared by the Government of Russia, after the United States advised that the Russian officials implicated in the Magnitsky case, involving horrific human rights violations perpetrated upon an attorney/whistleblower, would be barred from entering the United States.


Though not yet released publicly, it reportedly contains the names of Federal Judges, investigators, Department of Justice officials, and law enforcement agents, who worked on the indictment, extradition, trial, and conviction of arms dealer Viktor Bout, whom Russian officials believe was charged in a purely political case, with no evidence of criminal wrongdoing. Bout was the subject of a US law enforcement sting, wherein he agreed to supply missiles and other arms to the FARC, for the primary purpose of killing US citizens. 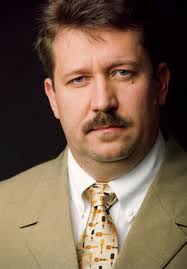 The Guantanamo List, rather than a list of criminals, is a list of those in the US Government who convicted Viktor Bout. Disregard any references to it that you may see in the future, on any commercial-off-the-shelf database of high-risk individuals.
Posted by Kenneth Rijock at Friday, January 25, 2013