OVERLY GENEROUS BENEFACTORS MAY CARRY BAGGAGE THAT HIS RECIPIENT, OR HIS BANKERS, DO NOT NEED OR WANT 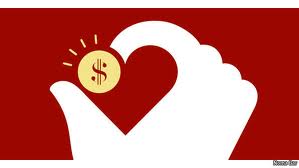 Time and time again, we see individuals who ran large Ponzi schemes, or other financial frauds, are major contributors to charities, non-profits, universities, and other institutions that depend on financial assistance to do good works. I have previously written* about one of Miami's most visible Ponzi schemers, Nevin Shapiro, whose $930m fraud included illegal contributions to participants in a local university's athletic programme, and who is presently serving a twenty-year sentence. The scandal has embroiled the university in a regulatory nightmare.

Long-time readers of my column know that, a decade ago, I was a compliance officer at a billion dollar investment company, the largest of its kind in the world, but whose Ponzi operation was a closely-guarded secret. The principals were noted for their regular and continuing contributions to noteworthy causes. One of them was engaged, full-time, in charity work.

I am not saying that one should question major benefactors, without whose assistance many NGOs would be unable to operate, but when you bank high net-worth clients, who own businesses, and who seem to go overboard with their good works, it may be because of feeling of guilt, due to the fact that the client is involved in financial crime. More cynical minds might opine that they are looking to put as many goods deeds on the table as they can, in the event that their crimes are uncovered.

Remember, in most major Ponzi schemes, trustees who are charged with assembling assets, to pay victims, often choose to sue the banks where the Ponzi schemers had accounts, claiming that the banks knew, or should have known, what was occurring. Should you have a valued business as a bank client, and the owners are always in the media, regarding their charitable efforts, it might be wise to perform Enhanced Due Diligence on your good client's business, to confirm that it is as is advertised. Otherwise, you might be forced into a monetary settlement down the road, should the valuable client's business be unmasked as a Ponzi scheme, and your bank very publicly accused of facilitating in the fraud.