Wegelin & Company, which holds itself out to be Switzerland's oldest private bank, has stated that it will close its doors, after pleading guilty, in US District Court in New York*, to Conspiracy to Defraud the United States, in connection with its established programme that hid $1.2bn in assets of US citizens from the taxman. The bank, which will be sentenced on 4 March, will reportedly be hit with $60m in fines and penalties. It is alleged that the banks boldly advertised its immunity from US enquiries, and prized bank secrecy policies.

Three of its senior managers remain fugitives, because the extradition treaty between the US and Switzerland does not include tax crimes. They are unlikely to ever face American justice for their participation in the conspiracy.

There have been allegations of strong anti-American bias amongst senior bank management, one of whom accused the United States government of involvement in wars not sanctioned by the United Nations, and war crimes. One wonders how long Switzerland would have been able to maintain its neutrality, and independence, had the regime in Nazi Germany not been defeated in the Second World War, in which the American military, and wartime economy, played major roles.

A rare criminal indictment against a bank, which has been in business for  272 years, charged that:

(2) The bank allowed Americans to use shell corporations, formed in Panama, Liechtenstein and Hong Kong, to evade detection as the beneficial owners of company assets.

Whilst regulators have closed USA-based branches and offices of foreign banks, this appears to be the first instance where a foreign bank will close its global operations, due to American regulatory and law enforcement action in the Continental United States. 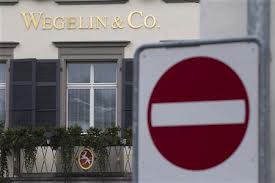