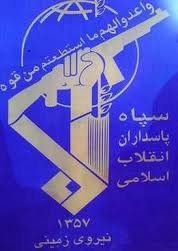 On 28 December, the President of the United States signed into law the Countering Iran in the Western Hemisphere Act of 2012, which directs that a comprehensive study, and report, on the activities of Iran, and its terrorist proxies, be submitted to the US Congress within six months. The underlying purpose was stated thus:

" It shall be the policy of the United States to use a comprehensive government-wide strategy to counter Iran's growing hostile presence and activity in the Western Hemisphere by working together with United States allies and partners in the region to mutually deter threats to United States interests by the Government of Iran, the Iranian Islamic Revolutionary Guard Corps (IRGC), the IRGCs Qods Force, and Hezbollah."*

Actions to be taken shall include:

(1) One of the immediate results of the policies being implemented by the Act will be an increase in intelligence-gathering, and US law enforcement, in Latin America, involving " A plan to address any efforts by foreign persons, entities and governments in the region to assist Iran in evading United States and international sanctions,"  and

(2)  "To support United States efforts to designate persons and entities in the Western hemisphere for proliferation activities and terrorist activities relating to Iran, including affiliates of the IRGC, its Qods Force, and Hezbollah, under applicable law, including the International Emergency Economic Powers Act. **"

The practical effect: You can expect that Iran sanctions evasion activities in the Western Hemisphere, especially Latin America, but also the Caribbean and Canada, will be targeted by American law enforcement agencies, and intelligence services. Clients of your bank that are engaged in sanctions evasion, facilitation of terrorist financing, and providing material support to either Iran or its terrorist proxies, will have a greater chance of identification, and interdiction through arrest.

This means that risk levels have now increased for any of your Western Hemisphere clients who:

(A) Trade with entities located in the Middle East and Asia, when the destination country is a known transshipment point to Iran, or a known jurisdiction for Iran sanctions evasion.

(B) Are Venezuelan nationals, using Panamanian corporations, and engaged in international trade transactions. Panamanian government officials have thus far identified over seven hundred of such companies suspected of trading illegally with Iran.