Just when you think you have heard it all, regarding the master Ponzi schemer, David Eduardo Helmut Murcia Guzmán, the Colombian Madoff, more dirt comes out. According to an undercover intelligence source, Murcia, a fraudster who stole billions of dollars from his fellow Colombians, and moved them covertly into Panama, accepted cash from the Revolutionary Armed Forces of Colombia, more commonly known as the FARC`, a Specially Designated Global Terrorist organisation. Furthermore, the FARC is said to have admitted this fact. I wonder if the peace talks will be affected.

Obviously, the FARC were not simply investing in Murcia's DMG entity;  he was bulk cash smuggling the dollars, via go-fast vessels, depositing it with Panamanian banks,  supermarket chains, marinas and yacht brokers, and into high-end real estate. One can only assume that Murcia was laundering FARC drug profits. 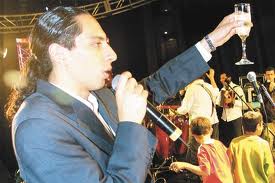 The presumption has always been that Murcia, after serving his US sentence, would return to Panama, and seek to recover at least a portion of his illicit profits, particularly the segment that was invested there into real estate. I think that the debt owed to the FARC precludes his showing up in Panama City, if he values his health; will it be (American) Witness Protection (WitSec) for Murcia ?

At least this news about the Source of Funds of at least a portion of Murcia's illegal wealth may explain why Panama authorities never seriously went after his billions, but why has not the United States sought to recover it ? Or are they ?