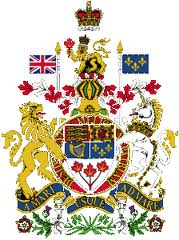 Disturbing statistics from Canada show a large increase in bulk cash smuggling from China. Canada's relatively small monetary penalties for violators, who are generally not charged with any crime, and are free to leave the airport and enter the country after paying, unfortunately encourages cash smuggling.

Though I understand that most of this flight capital, which has not been declared when leaving China, is invested in the Canadian economy, If I was still involved in laundering the narcotics profits of American traffickers, I might be tempted to utilise a US-Caribbean tax haven-Hong Kong-Canada route to launder clients' money, and invest it into the Canadian economy. Asians arriving with US Dollars are accepted as immigrants; Americans or Canadians trying to do the same would be questioned, Source of Funds probably examined, and even possible links to Canadian-grown marijuana sales explored. After all, when "BC Bud" is sold, south of the frontier, US Dollars are generally the method of payment.

What North Americans cannot do in Canada, Asian immigrants can: move money. Obviously, I would need some Chinese associates, but given that the fines are small, the chances of discovery manageable, and the rewards (making substantial investments through front men in the Asian community, especially in British Columbia) large.

I wonder if anyone at FINTRAC, or CSIS, or in the banking industry, has thought about this.
Posted by Kenneth Rijock at Sunday, January 06, 2013