IS IRAN PLANNING ON TAKING HOSTAGES IN THE WESTERN HEMISPHERE ? 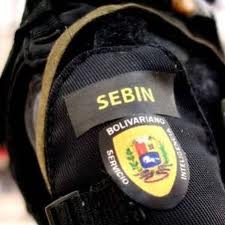 Iran has repeatedly threatened global action, should either Israel or the United States initiate an attack upon its illegal nuclear facilities. Its proxies, Hezbollah in Lebanon, and Hamas in Gaza, have in the past resorted to taking hostages, in an effort to achieve their goals. The latest development, which has not been seen since Nazi Germany's dreaded Gestapo dominated a conquered Europe, is extremely disturbing, and may give us a glimpse into a new brand of state-sponsored terrorism.

Multiple reports from Venezuela indicate that its internal security police, the Bolivarian National Intelligence Service, or SEBIN*, has been conducted extensive surveillance of the leaders of Venezuela's Jewish community. Formerly known as DISIP, this police agency has a long and sordid history of human rights violations, with little or no regard for the rule of law, or the constitutional rights of Venezuelans it chooses to confine without trial.

Whilst there have been instances of Anti-Semitism in Venezuela, on the part of the Chavez regime, whose officials include a number of individuals of Middle Eastern descent, this is the first time that Jews have been targeted as a part of any organised campaign. Some Jews have left Venezuela in recent years, after some incidents they regarded at actions directed at them from the government. 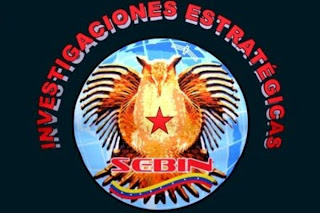 Cooperation between Venezuela and Iran, which has been repeatedly reported on this blog, continues to increase on many fronts, as well as Venezuelan assistance to those same terrorist organisations subsidised and sponsored by Iran.

Given that most observers believe that Spring 2013 could very well result in Israel, and/or the United States, conducting a bombing campaign directed at Iranian's sanctioned nuclear facilities, it is reasonable to assume that Iran has made contingency plans to strike at vulnerable civilian targets that are unable to defend themselves.

Neither the United States, nor Israel, would be able to assist Venezuelans detained, and held hostage, in remote locations under Iranian orders. What if they are later transported to Iran, and placed within that country's nuclear facilities, and human shields ? Hezbollah Venezuela has 93 known trained agents operating within Venezuela, to facilitate any Iranian programme.