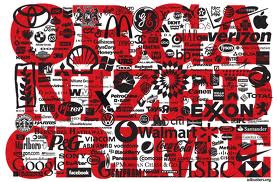 If you were closely watching the questions and answers in convicted Ponzi schemer/lawyer Scott Rothstein, you saw something very troubling: Government attorneys would not let him get into specifics about his association with organised crime, though he indicated that such individuals were depositing cash with him. That was a hint that those who Ponzi schemers choose to work with might not be exactly country club material.

There were a number of deaths of individuals closely linked to Rothstein, and the question remains: were any of the suicides staged, and what about the homicide of the lawyer ? If there was ever a need for you to identify a bank client's Ponzi scheme operation early on, it is this; if some of his associates, partners or suppliers are from organised crime, you may be unwittingly banking them, and their front companies, believing that they are part of a major client's business, or are his customers.
One final note, should you tumble to a possible Ponzi scheme operating out of your bank, you must ensure that such information not become general knowledge amongst your staff, because the Ponzi schemer may have planted a junior staff member inside your bank, and if you are the principal witness, one of those organised crime associates may see fit to terminate you, with extreme prejudice.

This is just one reason why you must remain vigilant to potential Ponzi schemes.