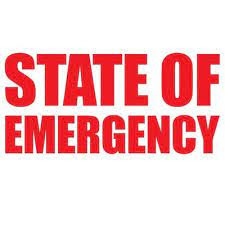 The Government of Saint Lucia, acting through its partisan Parliament, has extended the State of Emergency until October 16, in a move condemned by the Opposition SLP, as well as numerous professionals on the island nation, because it does not appear that an emergency indeed exists. The conditions in the country are improving, and existing legislation is more than adequate to handle the COVID-19 situation.

Additionally, the lengthy five-month extension is regarded with suspicion, for two reasons;

(1) The term of the SOE extends past the date General Elections are Constitutionally due, October 12,  and the UWP obviously does not want to hold elections this year, allowing it to remain in power without any risk of losing control of government. There can be no other reason; there is now no scheduled date for the General Election.

(2) The election could be held tomorrow, or any day before October 12, BUT Last year, Prime Minister Chastanet said there would be no elections during SOE.

(3) The Governor-General has the power to declare that a state of emergency exists, which order lasts for  a period of seven days. Within that period, the Parliament can meet and implement a new SOE within that time frame.

The logical conclusion is that Prime Minister Chastanet is using the SOE for political gain, a maneuver to gain political advantage.This scheme has not gone unnoticed in the United States, which still has sanctions in place against Saint Lucia, and whose law enforcement agencies have recently increased active surveillance of suspected financial crime committed against expats living in North America.