MALTA IS A LEGAL MESS; ITALY MOVES TO FILL THE VOID 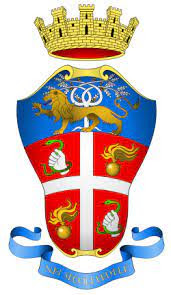 If you thought that the rest of the European Union was going to sit around indefinitely and allow Malta's organized crime elements to operate into, and through, the EU, you haven't been paying attention to the articles in this blog. Italian law enforcement agencies, who feel the clear and present danger that Malta's small but lethal version of the Mafia pose, not only to neighboring Sicily, but to the rest of the country, are actively investigating Maltese crime that impacts Italy.

Italy knows well the close affiliation between the Maltese Mafia and their Sicilian cousins. After all, the damn PM of Malta regularly takes his yacht to Sicily, and he's not going there for the cuisine. Money laundering through Italian fashion houses has been repeatedly reported on this blog , as has the gasoil scandal, which employs Sicily as part of its delivery and sales chain. Don't forget that Mafia syndicates are laundering money through remote gaming companies based in Malta, and Italian organized crime is exporting weapons and munitions to militias in Libya, via Maltese arms dealers.

Maltese citizens charged in Italy can look forward to a long term in pre-trial confinement, because as foreign nationals, with no permanent connections to Italy, they are flight risks. Have you ever seen an overcrowded Italian prison cell ? And justice does not come swiftly in Italy; some defendants linger in the system for an extended period of time, before the cases are concluded.

Therefore, we hope that Italian justice soon reaches out an touches those Maltese who arrogantly break its laws, so that those who live in a country where crime is never punished, see what may happen to them as well.