We call it the Law of Unintended Consequences; senior citizens, the very people that Federal Assistance was designed to keep in their homes during the COVID-19 Pandemic, were foreclosed by law firms and foreclosure mills that received CARES Act money to support their employees. According to public records, several major law firms, as well as the notorious foreclosure mill known as FAY SERVICING, all received millions of Federal Assistance dollars, ostensibly to pay their employees, all the while engaged in the lucrative business of foreclosing upon destitute senior citizens confined to their homes, and unable to pay their mortgages. Did they really needs that government money to stay open ? We doubt it.

We are certain that the US Congress, when enacting the CARES Act, did not intend to pay the overhead ( salaries, rent, office expenses) of law firms which were earning handsome fees from foreclosing upon the same senior citizens whom lawmakers had designated their primary concern. How can seniors keep their homes, when, notwithstanding the stated goal of our government was to freeze unnecessary foreclosures, to keep seniors at risk for dying of COVID, at home and safe ? The answer is that Congress failed to anticipate law firms and lawyers engaged in foreclosing for America's banks would zealously foreclosure on defenseless senior citizens, and collective lucrative fees, while simultaneously accepting CARES Act money, to increase their profits.

Some of the law firms and foreclosure mills exposed in the media, after combing public records, and whistleblower websites, include: 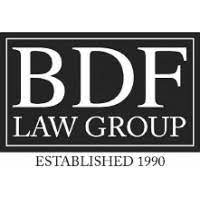 Where is the Department of Justice on this important issue ? Were the payments lawful ? We call on DOJ to immediately initiate an investigation, to determine whether the payments were properly made, and on examining the applications, and application process. The payments took advantage a major loophole in the law, to allow lawyers who were acting against the stated national policy, to not only foreclose, but to be supported by the US Treasury to do so. What's wrong with this picture ?

We hope and trust that these recipients will be, sooner or later, be require to disgorge their CARES Act payments, as they were inconsistent with the intent of Congress, who authorized them.