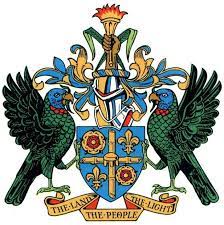 While writing the recent series of articles on land theft and fraud in Saint Lucia, we were contacted by a local investigative journalist interested in the subject matter. During the conversation, the journalist related how an investigation in progress last year had to be terminated, when there were genuine fears for personal safety. Apparently this is not an isolated instance; journalists who sniff a corruption story are threatened by powerful officials, especially the Royal St. Lucia Police Force, including death threats, to prevent them from proceeding further.

These are not idle threats; they are taken seriously, in part because of Saint Lucia's unsavoury reputation as a country where what the United States refers to as Extrajudicial Killings have occurred. American sanctions, which have been in place since 17 individuals were killed,  several years ago, resulted in a ban on US assistance to police and security services.

Corruption among elected officials in Saint Lucia.which is widespread according to witnesses, is rarely, if ever, the subject of local investigative articles, due to well-placed fears of journalists that publishing such stories will lead to their death or disappearance under unexplained experiences. This presents a serious problem for compliance officers at international banks, because they cannot trust local media to report on financial crime or corruption. Negative information on individuals who are the subject of due diligence inquiries by compliance will not be available through local media, and local fraudsters or criminals will most likely not be the subject of objective stories about their sordid activities, giving compliance officers abroad an incorrect picture of their subject.

Until Saint Lucia's systemic corruption is suppressed, objective news articles originating from the country, by local journalists, will continue to be self-censored , resulting in a lack of honest reporting, and an information gap for compliance. Without any reliable media, compliance cannot recommend St. Lucia for investment or placemenrt of funds.