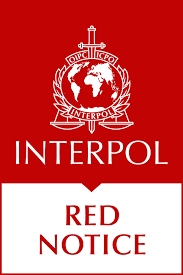 If you were not aware that the world's law enforcement community is taking a hard look at Malta, think again. INTERPOL, the International Association of Chiefs of Police, has notified Maria Efimova that it has accepted the application of her husband, Pantelis Varnavas, to challenge the extradition warrant issued by the Republic of Cyprus, to extradite him on what are known to be bogus criminal charges. This is govspeak for an admission by INTERPOL that it will consider whether the charges lodged against Varnavas as purely political in nature, have no basis in fact, and should be deleted and stricken from the international agency's records, at its Commission for Control (CCF). I have seen the original document, and have verified its contents. Unfortunately, it is confidential in nature and content, and we cannot display it in the public sphere.

It is common knowledge that the charges were filed by one corrupt government, Cyprus, to aid and assist another corrupt government, Malta, in order to force Ms. Efimova to submit to totally bogus criminal charges there. The regime in Malta needs to discredit her, after she identified Michelle Muscat, Joseph's wife, as the beneficial owner of an offshore company holding his bribe money, and they desperately need a conviction to attack her credibility.

It appears that INTERPOL will examine whether Malta files political cases as crimes, much like occurs in corrupt Banana Republics in Latin America and the Caribbean, and certainly not befitting a Member of the European Union. This is how far Malta has fallen in the eyes of the world.

We shall update our readers when a decision has been reached by the Secretariat to the Commission for the Control of INTERPOL Files.