Reports from the Middle East have confirmed that Israeli missiles have attacked the headquarters of the on of the two Hamas-controlled banks in Gaza, AL-INTAJ BANK as well as four branches of the bank. Additionally, Israeli ordinance destroyed a branch of the ISLAMIC NATIONAL BANK OF GAZA, which is sanctioned by OFAC. 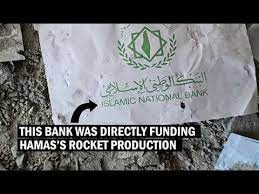 Banks controlled by Hamas reportedly transfer funds to Hamas associates in the West Bank/Judea & Samaria via banks in Turkey, which are then used for terrorist activities inside Israel. The facilitation of terrorist activities originating in Gaza are also funded by the two banks. Therefore, it is probable that the banks' offices were intentionally targeted for destruction, as part of Israel's counter-terrorism programme.