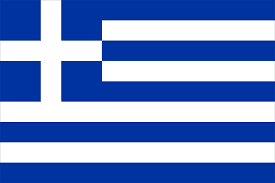 The court in Greece that is handling the extradition proceedings against Pantelis Varnavas, Ms. Efimova's husband, The Board of Appeals of Eastern Crete, has postponed the case until October, so that it may further examine the validity of the Cypriot arrest warrants filed against him. Most legal observers have concluded that the charges are totally bogus, were filed by corrupt forces in Cyprus allied with Malta, and were designed to force Maria to return to Malta to face trumped-up criminal charges intended to destroy her credibility as a witness in the Egrant scandal. Maria's identical arrest warrant, also bogus, was cancelled by INTERPOL as being political in nature. Her husband has filed a similar petition with the international police agency, seeking the same relief.

In a recent interview for Greek media, and appearing in  Documento, the family's attorney,  Eva Ambazi, stated that she had applied to INTERPOL for the cancellation of the arrest warrant due to "political expediencies.' She went on to say " We consider that all the prosecution is political, and is done for reasons of revenge and pressure on Efimova, because they could not beat her,  as [it] has cancelled its own arrest warrant - with a similar  indictment - by INTERPOL." She went on to say that INTERPOL found that the charges against Maria were "fabricated."

For a reason why Cyprus would stoop to seeking his extradition on fabricated charges, Ms. Ambazi concluded " it is not surprising that the persecution is taking place on Cyprus and Malta, because the two states are known as money laundering paradises of the big interests of the oligarchs. The relations and connections of the two countries can with simple research be found in this direction in both countries. "

NOTE: these are unofficial translations from the original Greek.