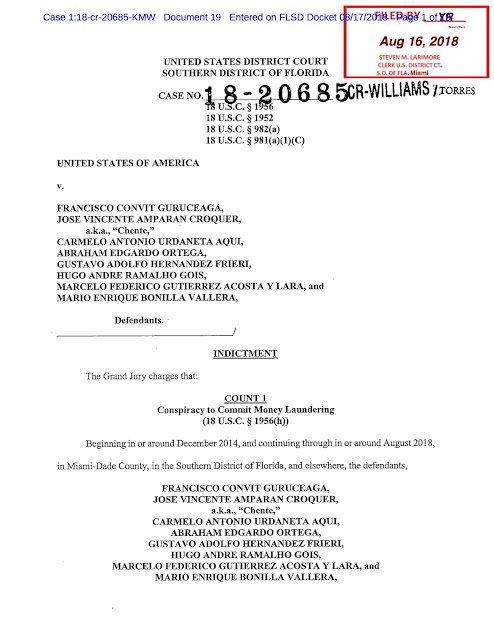 Gustavo Hernandez Frieri, one of several Venezuelan money launderers who laundered PDVSA capital through offshore tax havens, including Malta, and invested the cleaned (integrated) money in luxury Miami real estate, was sentenced this week, in Miami District Court, to 46 months in Federal Prison and a $50,000 fine. Frieri also promised to aid law enforcement in seizing and liquidating the proceeds of crime.

Frieri is the second money launderer in this case to enter a plea.You can expect all the Malta-to-Miami laundrymen in that case to follow their example, because the Government has Matthias Krull, the Swiss banker-turned-money launderer ready to testify, should they foolishly take their cases to trial. Whether Krull may actually get an additional sentence reduction to zero prison time is doubtful; he has already received an extraordinary sentence reduction for his prior efforts.

The connections between this Miami case and cases that may exist, although presently sealed, in other District Courts, be they in SDNY, EDNY or DC, still remains unknown; only when when indictments are made public will the suspected links become apparent, and we will finally learn whether the Malta money launderers are only exposed in New York, or elsewhere. Until then, we are in the dark.