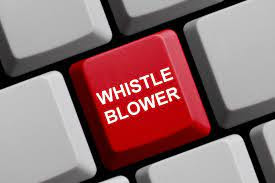 We have been following developments in a case involving a whistleblower in Malta who is being prevented from disclosing critical information about corruption among senior officials at the highest level on orders of former Prime Minister Joseph Muscat. While we cannot publish details of his information,  as the matter is under investigation, this individual who is being regarded as a direct threat by Muscat, who knows and obviously fears him.

Here is how the whistleblower has been prevented from delivering what should be considered as the proverbial Smoking Gun:

(1) The Office of the Prime Minister, and Ministry of the Interior, have indefinitely delayed processing his whistleblower status, for no proper reason.

(2) The Malta Police have brought bogus criminal charges against him, using a Confidential Informant in the known employ of Malta Security Services (MSS), and thereafter deliberately delayed the case until 2022. This makes it impossible for him to have credibility if he (or she) chooses to blow their whistle outside of Malta, as well as stops any domestic whistleblower status processing cold. 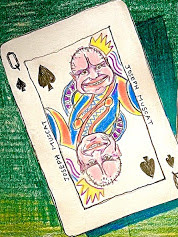 Queen of Clubs  by COSIMO

We note that, when Joseph Muscat passed Malta's current Whistleblower Act, he placed a loophole in it. If OPM is the target, how can one go to OPM to make a complaint ? It will get sidetracked, delayed and ultimately dismissed. This flaw in the act was deliberately placed there to protect the corrupters by JM personally. It was his own design, according to PL insiders. Maria Efimova, Malta's most celebrated whistleblower, has faced the same obstacles in her quest for truth and justice.

So, our whistleblower  cannot move forward, thanks to Muscat's continued interference. Efforts by MSS to kill that individual off last year failed, so presently all attention is being directed to keeping him from exposing Truth to Power.