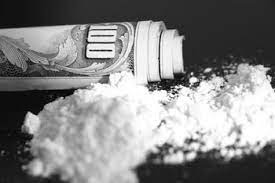 Being that today is Ascension Day, with all that it entails, a moral lesson is in order.

This week's arrest of two individuals in Malta, who had five kilograms of cocaine in their possession, again reminds us of Malta's persistent, and unsolved, cocaine problem. Here in the United States, five kilos represents a red line between dealing and trafficking, and it brings with it a 5-year mandatory minimum for sentencing under Federal Law.The fact one of those in possession was an Italian national is also troublesome, for it generally confirms organized crime connections, or trafficking into the Continent of Europe was the intent.

As an international seaport of entry for the European Union, the country has a long and dark history of being a transit point for large quantities of the drug. This point is brought home again and again by major seizures by Customs, notwithstanding the rampant corruption among employees. Given the close relationship between Venezuelan organization, and Maltese money launderers, one must correctly assume that the country of origin is more often Venezuela, rather than Colombia, Ecuador or Bolivia, the other principal "exporting" countries for the drug.

Of course, a significant portion of the cocaine is diverted, and ends up in the noses of Maltese affluent enough to afford regular use. The known daily consumers, which include prominent criminal defence attorneys, Television presenters, and politicians, support a covert distribution network, which is expanding. PL politicians have been regularly used of profiting from the local consumption of the drug.

One cocaine abuser once said it " is like flying to Paris for breakfast. " Yes, it is ego building, and it has been accused of giving its users a feeling of accomplishment and well-being, albeit temporarily, although medical evidence confirms its ability to permanently damage the body of its users, particularly the heart.The recent addition of Fentnyl, which often causes fatal overdoses, makes abuse extremely dangerous.

Malta, of course, has its own specific issues with cocaine, most notably the notorious brick of cocaine at Labour Party club, which was artfully covered up at the time by Party Deputy Leader, attorney Toni Abela, who prevented police from investigating the two Party members implicated. That affair prevented Abela from obtaining a  prominent position at the European Court of Auditors, but did not prevent him from being sworn in, in 2016 ,to become a judge, by the country's arcane and corrupt judicial selection system. 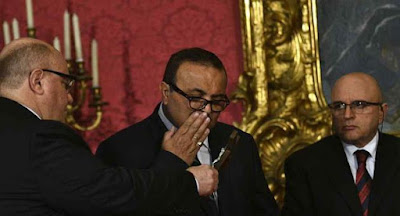 Then there's the mysterious mailing of packets of cocaine to the offices of two Nationalist Party leaders; it was assumed that the recipients would open them, and Malta's Police would magically appear and test those individuals for cocaine residue, arresting them immediately thereafter, in a contrived criminal case designed to discredit them politically at election time.

The bottom line is that cocaine use is pervasive in Malta, and it rots the moral fiber of its users, many of whom, in Malta, are already engaged in criminal acts. Unless the country actually starts punishing traffickers, and naming and shaming users, it will remain a problem.