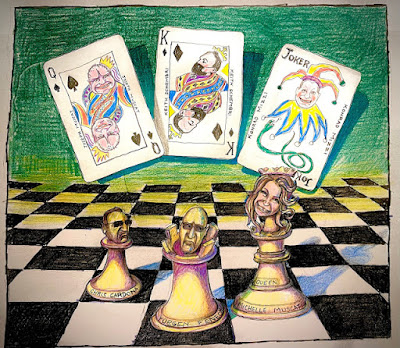 Given the amount of interest our readers have confirmed by the large number of hits recently on our articles regarding Maria Efimova, we are again updating you on her situation.

(1) The extradition hearing for her husband,  Pantelis Varnavas, has been set for May 21 in Crete. We have previously reported that the charges against him have no basis in fact, are completely bogus, and were obviously filed in Cyprus, by associates of Maltese leaders attempting to uses his case to force Ms. Efimova to return to Malta, where she faces politically-based charges, designed to discredit her testimony and evidence against Michelle Muscat, the estranged wife of former Malta PM Joseph Muscat.

(2) Maria has given a major interview to Greek Channel 1 ( EPT1),  concerning her personal experience as a whistleblower in Malta, and the present situation with whistleblowers in Europe. We hope to have a written translation after the interview appears.

(3) No Maltese officials have responded to Maria's outstanding offer to return to testify in Malta. She requires whistleblower status to be granted, and immunity from prosecution on the bogus charges. It appears that the voters in Malta will have to wait longer for the evidence, since the Maltese leaders refuse to agree, due to the obvious fact that it will further implicate the Muscats, as well as others.