WHO GRABBED ONE OF THE WORLD'S MOST WANTED FUGITIVES ? 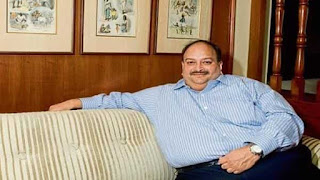 Many of the world's biggest fugitives from justice and targeted money launderers won't be sleeping very well tonight, for an unknown group has extracted India's Most Wanted Fugitives, Mehul Choksi, from Antigua. Choksi, who has been fighting extradition for more than a year, successfully employing a Citizenship by Investment (CBI)  passport he purchased before he fled his native India, was traveling to a restaurant when he disappeared. His empty vehicle was found by local police; there were no signs of foul play.

Choksi not only defrauded legitimate businesses out of millions, he also screwed one of india's biggest banks. Precisely where all his stolen millions have been hidden is not known, but banks in the United Kingdom, and in Caribbean tax havensm are believed to have been the recipients.

Experts have advised that there are two possibilities that should be considered;

(1) Agents of a foreign intelligence service kidnapped Choksi, so that he can face the music, meaning criminal court in India. Did US or UK agents covertly and quietly capture him for India, which is not known to have agents operating in the region ?

(2) The alternative is that a private security company which specializes in recovering individuals who cannot be legally returned to face justice, took him into custody. It may have been employed by some of his many victims, and if that is the case, he could be subject to a private, and possiblty brutal, version of interrogation, until he discloses where his stolen assets are being artfully hidden. In that case, we may never see him again alive. 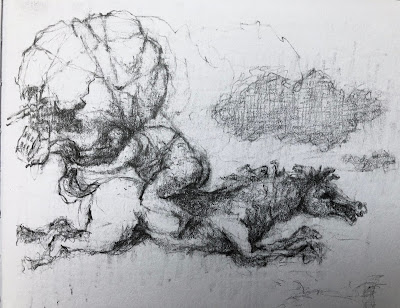 Take the Money and Run  by CHOKSI

Whatever or whoever captured the fugitive, quickly and quietly removed him from Antigua, as no local residents have come forward to testify that they saw his abduction and removal. While we fully understand the need for Choksi's victims to obtain their money. albeit through harsh methods, he should face his accusers back in India, so that justice can be done, and the full extent of his crimes be publicly known.

The Choksi case is just one more illustration of the reason that, when those who benefit financially from CBI sales are allowed to conduct their own due diligence, bad actors receive passports, which they invariably use to evade justice. In this case, however, someone decided not to play by established international rules, to achieve justice, using alternative means.