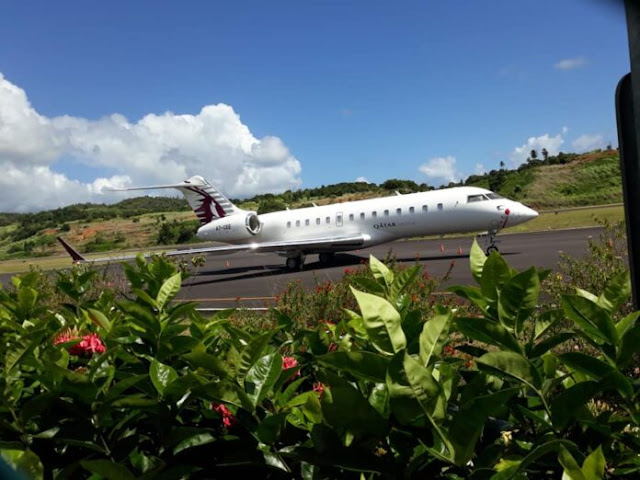 This Qatar-registered business jet, a Bombardier Global Express 5000, a long-range transport, has arrived at Dominica's primitive Douglas-Charles Airport. Was it sent by the Government of India to repatriate its Most Wanted ($2bn) fugitive ? Is it India's luxury version of Con Air ?

Or did Choksi's lawyers charter it to whisk him away, should they prevail on Tuesday ? Stay tuned for the answer.

On another note, some sources are saying that Choksi actually has a Dominica CBI passport/ If so, he has a real problem.  Section 7 on the Dominica passport states:

"DUAL NATIONALITY. Citizens of the Commonwealth of Dominica who are also citizens of foreign countries cannot avail themselves of the protection of the representative of Dominica, against the authorities of that foreign country,and are not exempt by reason of possessing  Dominica citizenship, from any obligation ... to which they may be liable under foreign law."

Therefore, should India's Biggest Fraudster choose to pull out his Dominica passport, he will just facilitate his deportation straight to India.