THE TRUTH ABOUT THE STATUS OF FORCES AGREEMENT 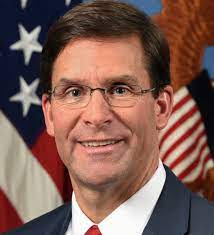 Former US Secretary of Defence

A reader wrote in today with what he understood were valid objections  made to the entry of a Status of Forces Agreement (SOFA) between Malta and the United States. A SOFA details the extent of immunity afforded to American military forces stationed or based in another country for specific matters. It is NOT a blanket grant of immunity for soldiers who commit crimes in the host country.

Here are the points he raised, most likely due to disinformation circulated by the Labour Government in its pro-PL press, and the truth. Question-and-Answer format is being used, to avoid confusion:

1. Will the Central Intelligence Agency receive immunity from prosecution in Malta ? No, only military personnel are covered.

2. What about case of the wife of a UK-based military officer, who killed someone in a car accident, and was taken out of Britain, without being charged there ? That case involved diplomatic immunity it was not a SOFA case.

3. Why was SOFA not implemented by Malta ? US Defence Secretary Esper sent some proposals to Malta PM Abela, who initially accepted them. Based upon the apparent agreement, Esper then flew to Malta, anticipating the expected outcome.  Abela changed the terms,  apparently because he had internal opposition to them by the Cabinet, and some also advise opposition by Joseph Muscat, who is the de facto dictator of Malta.  When Abela backed off from the agreed terms, Esper was heard to say "Are you f***ing kidding me !" The US delegation departed shortly thereafter. 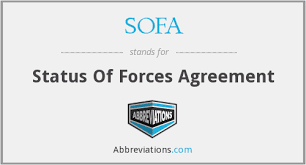 4. What was the extent of the proposed SOFA ? It was extremely limited in scope; it would not apply to common crimes committed by American military personnel in Malta, but to such matters as military actions committed in third countries (not in Malta) that could be charged as criminal violations by foreign courts that do not apply the Rule of Law, or the International Court of Justice, to which the US is not a member.

5. But isn't that different from what was detailed in the Maltese media ? The Malta media twisted the facts, to make it appear that the scope of the SOFA was over broad. This was disinformation and totally untrue.

6. Does the SOFA agreement place Malta in the category of US Ally ? No, the proposed bespoke agreement respected Malta's neutrality. It was tailored for Malta's special status.

7.  Weren't there going to be joint operations, on Hurd's Bank, between the US Forces and special operations troops from the Armed Forces of Malta ? Yes, but again there was internal Cabinet opposition.

As you can see, what you read in the Maltese press at the time, which was obviously a carefully crafted work of public relations, was far fro the truth, and falsely depicted the US as an evil superpower that was denied preferential treatment by Malta's leaders. The fault for the failure lies with Malta's prime minister, not the United States, which made a good faith effort to conclude a fair agreement. Malta's leaders, for political gain, torpedoed the talks. The sole blame is with them.