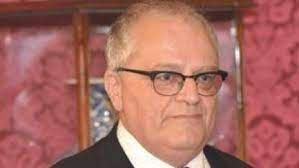 If you were wondering why Maltese Justice Grazio Mercieca entered the order approving the disbursement of funds to accused smuggler and money launderer Darren Debono, when Debono is OFAC-sanctioned by the United States, he has a history of ruling in favour of his Labour Party, and against the Rule of Law. As soon as the article, Judge in Malta orders Release of Funds to OFAC-Sanctioned Reputed Smuggler and Money Launderer (May 11, 2021), was published, I was contacted by individuals who told tales of human and civil rights violations, and specifically of the judge entering rulings contrary to the law, and in favour of  Labour Party members.

In one case, where the individual is a known whistleblower, and an obvious threat to certain government officials, due to his first-hand knowledge of corruption, Judge Mercieca not only repeatedly entered rulings against him, but have actually threatened his ability to support himself. His anti-corruption position being well known, the individual correctly concluded that the rulings were based solely to support a political advantage, and to protect certain current or previous government officials, who wish to remove him from Malta altogether.

When the courts of a country follow the orders of political leaders, rather than the Rule of Law, such as we see in Communist China  and Russia, democracy dies. Until Malta changes its Constitution, to allow free and fair non-partisan election of qualified members of the judiciary, this corrupt pattern will continue.