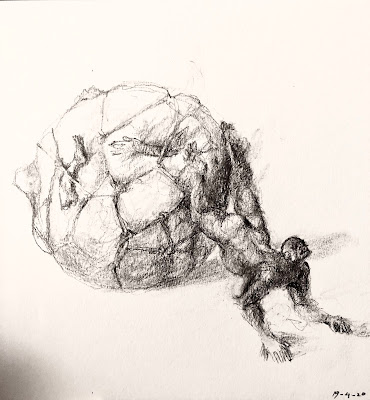 His Sins keep Pulling him Back by COSIMO

In what can only be described as karma, Malta's cashiered Prime Minister, Joseph Muscat remains in hiding, seeking to avoid assassins reportedly hired to keep him from testifying against his organized crime  partners. Muscat's associates in the underworld know that, once in custody, he will seek to barter his knowledge of Malta's money laundering machine for a reduced sentence, and witness protection. The most senior government official to be linked to the murder of Daphne Caruana Galizia is now himself a target of Malta's well-oiled assassination business. Call it payback, in a currency he understands.

One source has asserted that his estranged wife, Michelle, has been advised by friends to cooperate, even if that means implicating her husband and her friends, to save herself years in prison, far away from their children, who are rumoured to have been sent to an international boarding school favoured by dictators.  Since her prominent role in a fashion industry money laundering scheme, to clean her husband's bribes and kickbacks, was made public, she knows that there will be no happy ending to her story unless she becomes useful to the authorities.

Muscat has been self-medicating, to cope with the stress he has told others he is suffering from, and his mental condition has been described as unstable. Sooner or later, either law enforcement or those who wish to impose a more permanent penalty will catch up to him, and the outcome, either way, will be ugly.