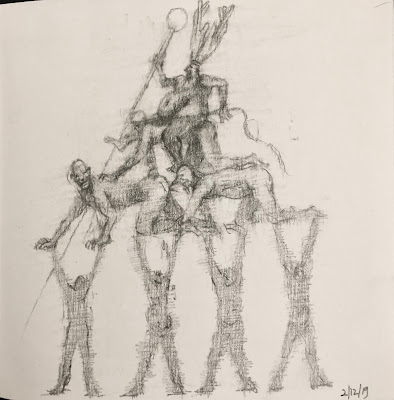 JM Atop the Labour Food Chain  by COSIMO

If you missed the interview in LovinMalta, a fellow Labour Party member, and upcoming candidate for office, who claims to be as astute observer of disgraced former prime minister Joseph Muscat, when trying to explain his criminal activity, described Muscat as a "Sociopath and probably Psychopath."  That may explain many of his money laundering actions since the Panama Papers scandal exposed his corrupt administration. Who in his right mind would engage in overt money laundering after being exposed ?

While we generally prefer to report just the facts on this blog, the observations regarding Muscat's mental health, may provide guidance regarding the imminent opening of a Labour news and analysis website, which will obviously seek to twist the facts in Labour's favour, ahead of the anticipated general elections. We know the Journal would not be in development unless it was his idea to start it up at this late juncture.

While many Maltese will not pay attention, Muscat must believe that foreign journalists seeking colour for their stories about Malta will stumble across his new propaganda mill, and be taken in. No wonder his associate made those comments about his mental status; He's delusional.