AS WE PREDICTED, MALTESE ARE NOW HAVING MAJOR PROBLEMS OPENING BANKS ACCOUNTS ABROAD 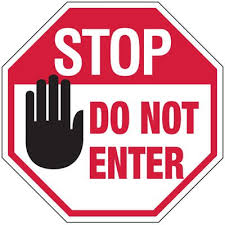 Last year, we warned our readers that Maltese citizens would soon find it difficult, if not impossible, to open bank accounts abroad at international banks, due to their perceived high-risk status from unfiled money laundering cases, such as PILATUS BANK and SATABANK, where none of the guilty parties have ever been charged with a crime. We believe most of the risk came directly from the Pilatus scandal.

Now, we see that the Times of Malta has stated that this is indeed true, based upon reports from returning Maltese businessmen and affluent residents. Be advised, it is only going to get worse. Wire transfers, in substantial sums, may eventually be declined in London and New York, especially after indictments of prominent Maltese government officials are unsealed and extradition procedures become publicly known in the financial community.

Frankly, those only way out of this mess is to install a reform government, which can charge the guilty, actually convict and imprison them (unlike what presently happens in Malta's corrupt courts) and show the international banking community that it is serious about anti-money laundering (AML) and countering the financing of terrorism (CFT), by allowing the extradition of those who have committed offenses cognizable as crimes abroad. Anything less than that, and Maltese businessmen who need to purchase anything overseas has better get used to bringing cash, together with proof that the Source of Funds for that money is legitimate.

No wonder a prominent Maltese, when traveling abroad, tells people he is from Greece.