HAS THE PILATUS BANK SCANDAL DAMAGED MALTA BEYOND REPAIR ? 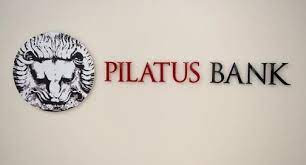 Unless and until Malta convicts and imprisons the guilty officers and directors of Pilatus Bank, the country will continue to be labeled a non-cooperative dodgy offshore tax haven in the eyes of the world's compliance officers. They will regard any corporate entities domiciled in Malta with suspicion, and perform enhanced due diligence on any substantial wire transfer into, through, or from, Malta's financial institutions,  all of whom they will now regard with suspicion.

Why will Malta be so poorly regarded by international bankers ? Simple; the country's total failure to bring the bank's Iranian owner and directors behind the massive money laundering they conducted through the bank has resulted in a complete loss of confidence in Maltese law enforcement, prosecutors, and its government. Forget whatever MONEYVAL and FATF may say, those compliance officers will give Malta a wide berth.

Malta's directors, many of whom easily transitioned into other financial enterprises in the country, and abroad, have cheated justice, because the fast-track circumstances of how the bank obtained a license, and was allowed to operate when its criminal conduct became known,  implicates a number of government officials for corruption, and the present government in Malta will not charge brother Labour Party members. Therefore, Malta has been relegated to the status of non-cooperative tax haven by compliance officers at EU, UK and US banks, and in that position it will remain, a jurisdiction for international investors and money managers to avoid. Malta has become its worst nightmare.