MALTA; YOU ARE NOT OUT OF THE WOODS YET, NOT BY A LONGSHOT 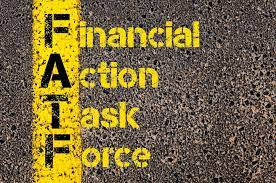 While everyone in the Republic of Malta seems to be celebrating the fact that the European Anti-money Laundering agrncy MONEYVAL has announced that it will not place the country on its Grey List, compliance officers there know very well that the crisis is not over quite yet. The Financial Action Task Force, or FATF, has yet to weigh in on Malta's rampant money laundering problems.

If you have a sense of history, you know that the FATF originated the Non-Cooperative Countries and Territories List, better known as the NCCT List. Being placed upon that list was, in many ways, a financial death blow to the jurisdictions named & shamed, when it came to attracting legitimate capital. While the FATF has largely abandoned that chilling practice, Malta's unique position, within the Schengen Zone, giving financial criminals visa-free entre' into EU Members, might be judged serious enough to warrant such extreme action by the FATF.

Therefore, Malta should not pat itself on the back just yet. To insure a positive outcome, we recommend that it immediately follow the Magistrate's Report delivefed many months ago, and bring money laundering charges against the directors and senior officers of PILATUS BANK. It should also consider the same action against the officers who ran SATABANK at the same time, to show their commitment to EU standards, when it comes to AML/CFT matters.  Consider it a bit of insurance against untoward evnts in the future. Think about it, Malta.