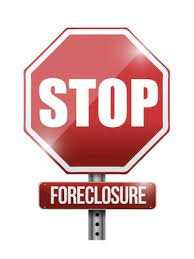 Senior citizens who are victims of what they assert are illegal foreclosure actions, brought in the State of California, are speaking out against what they term pro-lender and pro-foreclosure mill judges, who summarily violate their rights in entering final judgments of foreclosure without following either the law,  the facts, or rules of civil procedure. Attorneys regularly representing defendants do not object, fearing retribution from judges whom they complain against in future litigation. Victim complaints, which have found they way into Facebook, Twitter and Instagram postings, are serious,and are based upon fact, but to date, the response from regulatory authorities has been characterized as non-existent.

The members of the state judiciary which are the subject of the victims' complaints, some of which have been officially filed with the agencies and departments that handle are only part of the massive problem. Missing court files, pleadings, original documents, filings be defense counsel and Pro Se litigants defending their homes, not only interfere with the timely administration of justice, in many cases they case justice to be denied, both at the trial court, as well as appellate, level. Some judges actually erroneously enter final rulings on foreclosures of the residences, without having access to the missing court files or critical filings missing from the dockets. That is how bad the situation has become.

Some state court judges assigned to foreclosure and eviction action are openly pro-banking and mortgage company, and consistently antagonistic toward defense counsel. Many lenders make substantial contribution to judges' reelection campaigns, targeting judges who came from law firms that represented lenders, and this affects the treatment those lawyers receive in judicial proceedings against borrowers who have fallen upon hard financial times, due to the economic consequences of the COVID-19 Pandemic.

Some of these judges, whose judicial temperament and reputation for fairness is marginal at best, are known to be openly favoring attorneys for the mortgage foreclosure mills, who are filing forged documents, including fraudulent notarized affidavits, and affidavits filed in bad faith, all designed to secure the desired result: a final judgment of foreclosure. many of these judges, even when confronted with bank misconduct or fraud, refuse to take any punitive action. Often, judgments are entered when no default exists, or judgment was entered due to misstatements of material facts.

Some courts are blaming COVID Pandemic staff cuts for lack of access to documents, lack of notice regarding hearings, and failure to copy borrowers with court rulings until the time to appeal has expired, all of which result in miscarriages of justice for senior citizens, many of who have no attorneys to protect their interests.

Specific cases of judicial misconduct have been cited in California's El Dorado County, where rulings by clearly partisan members of the bench have resulted in illegal foreclosures and evictions, notwithstanding Federal and State emergency regulations and law designed to protect borrowers. One judge, Superior Court Judge Dylan Sullivan, reputed to be pro-banking, was reportedly removed from hearing foreclosure cases, due to her overt prejudice against defendants in foreclosure actions, and ordering evictions, in violation of emergency regulations.

Judge Sullivan illegally and improperly removed homeowners time after time, ignoring valid defenses, and violating the law.  She committed many of the violations of civil procedure and the law which was discussed above. many of her most egregious acts and evil rulings were focused upon individuals with Spanish, or Hispanic, last names, which appear to constitute Civil Rights Laws violations.

Her procedural, legal, ethical and moral violations were so excessive that the District Attorney excluded her from judicial proceedings until further notice, pursuant to California Civil Code Statute  §170.6, which prohibits the judiciary from  hearing cases "when it is established, as provided in this section, that the judge or court commissioner is prejudiced against a party or attorney, or the interest of a party or attorney appearing in the action or proceeding." 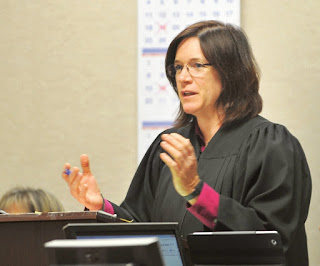 Should the judge, or any other judge, commit similar acts, the District Attorney is authorized to exclude them from judicial proceedings. Judges must not favor the bank and mortgage companies over the borrowers; they must be neutral, andnapply the law and the rules of procedure evenly and fairly.

Having had personal experience in this field; first as bank counsel seeking to work out defaulted loans, then as an attorney for banks, foreclosing upon mortgages, and finally as a defendant in a foreclosure case myself, I know first hand how important it is for the members of the judiciary to treat all parties to the litigation fairly, and with respect. That is clearly not happening in California, and the US Department of Justice must open a criminal investigation into these violations of the rights of the borrowers.

Additionally, the appropriate judicial qualification agencies, in the states where the violations are occurring, should be tasked with investigating all instances of reported judicial misconduct in foreclosure cases, and remove from the bench all individuals who are found to have violated the law.