CHOKSI HEARING ON HABEUS CORPUS SCHEDULED FOR JUNE 2 IN DOMINICA 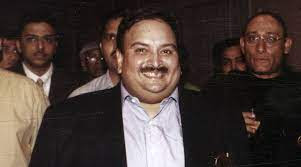 Why is this man laughing ?

Today's hearing resulted in the Court scheduling Choksi's attorneys' Habeus Corpus petition for June 2, 2021. The Government of Dominica and counsel for Choksi must file their affidavits no later than June 1. Choksi has been ordered tested for COVID-19, and thereafter detained until the Court makes a decision on where he is to be transferred. His access to counsel, which was previously denied to him, has now been protected. There is a Gag Order in place regarding the proceeding,meaning that the attorneys are not allowed to speak with the press.

The real story behind the "kidnapping" remains a mystery. Was it really a ploy by Choksi to foil his impending extradition, a real rendition by Indian law enforcement agents, or something else entirely ? One source even asserts that Choksi has a Dominica CBI passport, but his current nationality remains in controversy, especially since obtaining a second passport reportedly causes one to lose his Indian citizenship entirely.

Here is the complete text of the Order entered today at the High Court:

UPON HEARING, Mr Julian Prevost, Mr Wayne Nordé, Mrs Cara Shillingford-Marsh and Mr Wayne Marsh Attorneys at Law for the Applicant and the Hon. Attorney-General Mr Levy A Peter on behalf of the respondents

IT IS ORDERED that:

This is the only press release that has appeared. 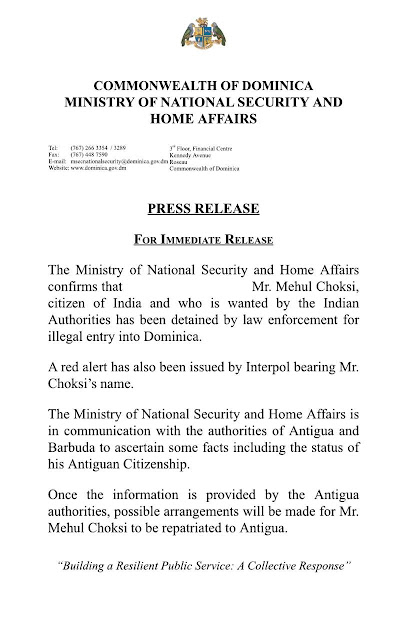