You thought that it would never happen, but when Italian prosecutors filed criminal charges against former Premier Berlusconi, the chances that a filing against Panamanian President Martinelli, in Italy, increased exponentially. Those individuals in Italy, who heretofore appeared to be immune from prosecution, have already fallen in one or more of the corruption cases. When will it be Martinelli's turn, I wonder ? 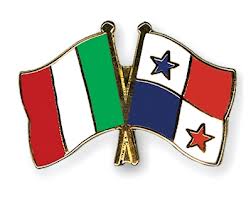 Insiders in the Panamanian Government report that President Martinelli claims to have a well-founded fear of arrest, and that is why he has delayed his return to Panama City. Will he stay away indefinitely, or return and be arrested when his aircraft lands to refuel somewhere ? We cannot say, but we are watching developments in Rome a bit more closely than those those in Panama City, if that provides a clue.