IS CONTINUED CHINESE ESPIONAGE IN TAIWAN A COUNTRY RISK FACTOR FOR ASIA ? 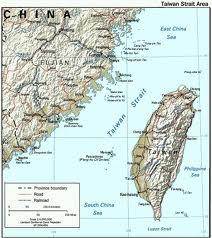 Taiwan's announcement this week, that a senior retired Taiwanese naval officer has been arrested for espionage, together with two other unnamed naval officers, is but the latest in a number of cases where Taiwanese officers have been accused of spying for China. Lt. Col. Chang Chih-Hsin has been charged with spying, as well as bribing other naval officers, at the Naval Meteorological & Oceanographic Office (METOC).
Chang allegedly became involved whilst still on active duty, and visited China three months after his retirement. He reportedly delivered ocean bottom topography and hydrologic data, involving submarine nautical charts of the waters surrounding Taiwan. There are conflicting accounts regarding whether the information was classified or unclassified.  The Republic of China has submarines patrolling the Straits of Taiwan, and the information obtained by China could assist it in ascertaining routes of travel.

Beijing has officially denied any involvement in the Chang case. There has been a case, involving spying for China, earlier in the year, and another major case in 2011. Any Country Risk assessment on Taiwan, or East Asia, should take these incidents into account when updating your calculations. Whilst South China Sea issues have dominated the news of late, do not forget that China has never abandoned the position that Taiwan is a integral part of China, and has reserved the right to recover it, through military action, if necessary; Remember that. 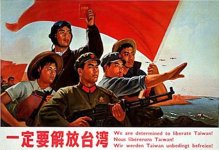