A Colombian source, known to have access to non-public information about the FARC, has reported that the FARCs 57th Front, located in Colombia's remote Chocó Department, on the frontier with Panama, has been bombed by Panama's Public Forces, that country's national security organisation*. It was specifically stated, by a FARC eyewitness, that the attack was definitely conducted on Colombian territory. No details about casualties were provided.

The 57th Front of the FARC is reportedly heavily involved in narcotics trafficking, and as such is said to be the primary source of FARC cash flow. Its drug shipments have been periodically seized by the Armed Forces of Colombia, and Panama and Colombia were engaged in a joint operation against the FARC earlier this year, in Panama's Darién Province. 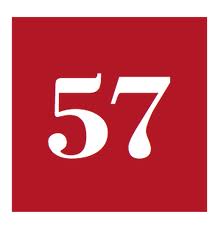 Of all the FARC forces, the 57th would be giving up its lucrative drugs business, and that might make it the most reluctant of all FARC units to agree to the comprehensive peace plan, currently being negotiated, as it expressly provides for an end to FARC narco-commerce, and requires payment to those injured. It is assumed that the payments would come from the estimated $1bn a year that the FARC earns from narcotics trafficking. Has the 57th Front disagreed with the peace plan, and is that the reason for the raid ?

There has been no mainstream media coverage of this cross-border operation in Panama.  Was this  because it might derail the peace talks ? FARC attacks this week in southern Colombia, on the Ecuadorian frontier, that resulted in the deaths of five Colombian soldiers, received prominent attention. And why was the operation mounted from Panama, whose government has only halfheartedly sought to eradicate the FARC in Darién Province ?