Two warships of the Islamic Republic of Iran Naval Service arrived this week at Sudan's Port Sudan, and Iranian naval commanders are reportedly engaged in consultations with their Sudanese counterparts, allegedly on matters of air defence. A major Khartoum arms factory, the Yarmouk Military Complex, was bombed recently, and Sudan has accused Israel of destroying it. The complex was allegedly engaged in arms and ammunition manufacturing for Iran, and was to then ship the weapons to Hamas, through Egyptian territory. The vessels are the corvette Shahid Naqdi  and the helicopter carrier Khark. 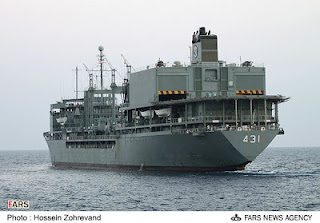 There are American naval forces, as  well as shore-based facilities, in the region, and this show of force only increases tensions between Iran and the United States. Sudan is unstable enough, without the arms factory bombing, and Iran's subsequent show of support for its ally. We have seen previous attacks on Sudanese territory that were probably conducted by Israel, against terrorist targets. 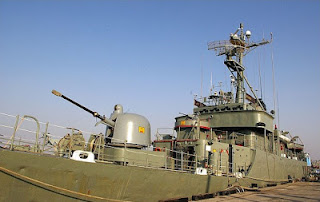 Will Sudan become the new area, between Iran on one side, and the US & Israel on the other ? if this happens, risk levels in the Middle East will rise rapidly, and compliance officers will be adjusting Country Risk upward for countries in the area. 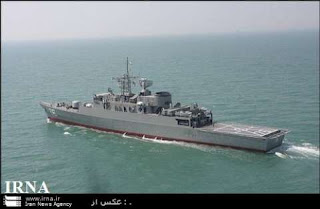