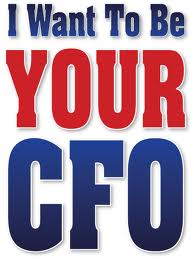 Conflicting reports from the Middle East do not seem to agree on the details, but it appears that Hussein Fahs, a telecommunications engineer said to be Hezbollah's Chief Financial Officer, has dropped out of sight, and is believed to have defected to Israel. The Government of Israel has denied this, but such statements are commonly issued in intelligence matters.

Some Lebanese, and one Israeli, media, reports state that he defected with $5m, plus classified documents and maps. Another report showed him arrested by Iranian Revolutionary Guard Corps at Beirut International Airport, and later escaping, with Iranian aid funds. Fahs was the reputed leader of the Hezbollah Operational Communications Network. Did he deliver the locations of Hezbollah rocket installations, and defence plans, to Israel ? Was he engaged in espionage, or did he embezzle funds from Hezbollah accounts, and flee to escape punishment ?

If Hezbollah's Order of Battle, and missile capabilities, have been delivered to Israel, it could upset the uneasy peace that has been maintained since the bloody 206 Hezbollah-Israel conflict, as one side or the other could choose to launch a first-strike attack. As soon as accurate details become known, we shall report on the situation.